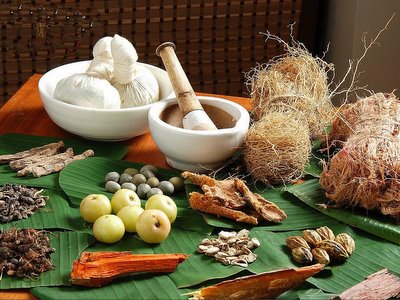 Our Vedas, Holy Scriptures and philosophy mention about yoga. Saint Patanjali had termed the control of conditions of the mind as ‘Yoga’. Saint Vyas defined deep meditation as yoga. Yoga is the union of soul with the supreme soul through devotion along with control of the mind. A person who follows this path is yogi.

India has been a place of sages, seers and philosophers. Though yoga was limited to our Vedas, Upanishads, mythology and Gita or to the places of devotion and abode of sages, seers and philosophers like caves, deep forests and isolated places. Yoga was gradually becoming distinct. People started forgetting this ancient science and were attracted towards luxury and comfortable living. As a result, they had to face all sorts of physical and mental problems.

At this stage, Swami Ramdev Maharaj arrived with the sanjivini of yoga and ayurveda around a decade back. He cured several people through pranayam and yoga propounded by renowned sages and seers in a scientific method and in this way lit the flame of yoga in the entire world. People are able to get rid of their ailments and lead a happy life.

International yoga acharya Swami Ramdev ji maharaj spent a part of his life meditating in the Himalayas and gave a scientific basis to the invaluable heritage of the Indian sages, which has now become the necessity of not only India but also the entire world. Swami Ji is propagating yoga propounded by our sages and Saint Patanjali and not his. He has aroused the inner consciousness of the people through the medium of yoga but it needs to be developed.

The state of yoga was not very encouraging and was limited to some people however revered Swami Ji made it simple, easy and accessible and gave a scientific approach. In this way he gave it a definite direction. The magnificent huge residential yoga and ayurveda institution ‘Patanjali Yogpith’ is almost ready. The institution situated at Hardwar has been set up with the objective of giving recognition and making it easily accessible for the public. This institution will cure people from serious diseases and purify their bodies. The combination of Shatkarma, meditation, pranayam, asana and other methods would be used to develop the resistance power in the body and lead a healthy life. Charak and Sushrut and other sages and seers’s methods of ayurvedic treatment would be followed to cure diseases.

According to Swami Ji yoga is not a religious affair it is science and he has proved this in the camps that yoga can cure almost any disease. Patients of obesity, high blood pressure, diabetes, heart ailment, allergy and even cancer have been cured with the help of yoga. Swami Ji says that yoga was prevalent in the past and is also present in the future, but I have just given it a scientific basis.

Yoga was like the hidden treasure but was not beneficial for the society. The day Swami Ji began his journey of yoga that day onwards he set the goal that he would extend the reach of yoga to each and every household, every house and every individual would adopt it.

People started practicing yoga within the privacy of their homes and now they are arranging yoga classes themselves. This is a big revolution. After all the trumpet of yoga has to be blown in the whole world and fill the air with yoga.

As for now yoga has a definite direction and condition. Almost all the states in the country have included yoga in the school curriculum. Leave alone the elderly and senior citizens of the country even the children are inclining towards yoga and in this way the whole world would soon follow it as a daily routine.

After yoga, it is the time to talk about ayurveda. The ancient system of medication, ayurveda does not belong only to India but also the entire world. It has a major contribution in the development of various other systems of medication. In due course of time, its progress had taken a bad track after the 11th century and later in the 17th century it went ahead of other systems of medication. During the British rule it did not get the proper recognition from the government and at the same time its study and teaching was also discouraged. With the beginning of national revolution in the 20th century many institution were set up in order to facilitate the study and teaching of ayurveda. After independence ayurveda started moving on the path of progress.

Divya Yoga Mandir Trust is working towards extending yoga, ayurveda, spirituality, culture, values and ancient Vedic traditions to each and every household. The path of Spiritual happiness through yoga, physical health through ayurveda and human values through Vedic culture is becoming stronger.

Ayurveda is a complete, proved and successful method of treatment, which is alive for thousands of years. Herbs and medicinal plants worth crores of rupees are being imported every year. Ayurveda treatment maintains the health of healthy people and cures the unhealthy persons.

This is an indication for a bright and secured future that today Ayurveda is getting back its lost glory. The President of India and Hon’ble Vice President are deeply interested in Ayurveda. On his advice and initiation medicinal plants are being cultivated in around one acre of land in the Mughal Gardens within the premises of Rashtrapati Bhavan. This is known as ‘herbal garden’. Delhi government is also setting up herbal gardens in various parks.

The possibilities in the field of ayurveda are now clear. Though it is not getting the expected encouragement in India but it has become extremely popular in America. India has moved a step forward in order to encourage the study of Ayurveda in America and capture the 40 million dollar market in that country. It has also given a green signal to the proposal for sending experts to teach Ayurveda in ten American Medical colleges.

Several Americans have gained from the ancient Indian system of medication. In this reference, a senior medical expert of Indian doctors, C. Shah said that Prime Minister Manmohan Singh has supported this recommendation. He is in constant touch with the officials of ayurveda department in this regard. Under an arrangement Indian government would bear the cost of two professors. Short courses in ayurveda would encourage people to learn ayurveda. It is capable of curing several diseases.

The treatment of diabetes, hypertension, colitis, arthritis, depression and cirrhosis is possible and has been proved scientifically. India and America’s joint research in the field of ayurvedic medicines is mainly to stress the importance of correct use of these medicines. Presently, Korean and Chinese drug manufacturers dominate the American herbal market. Indian ayurvedic system of treatment can enter the American market with this challenge where the herbal market is to the tune of 40 million dollars. Whereas in our country the total ayurvedic market is equal to one million dollar. America spends around 40 million dollars annually on the herbal medicines and products. The Indian ayurvedic professors would educate the students of ten American colleges free of cost. It is expected that several other medical schools of this kind would include ayurveda in their syllabus.

C. Shah is a former president of American practitioners organization of Indian origin and a renowned urologist in Washington. He represents around 41 thousand medical practitioners under this.

Central government should focus on yoga, ayurveda, unani and other traditional systems of medication. Budgetary allocations should be increased for these ancient sciences because ayurveda is the gift of our sages and the whole world is gaining from it for the past several years.

Divya Pharmacy of Divya Yoga Mandir Trust is arousing national feelings among the people and is firm on the quality and reliability of its products. It is advisable to use the herbs propounded by ayurveda. Europe and America are inclining towards ayurveda and natural medicine, i.e., ayurveda. Herbs and medicinal plants are proving their magical effect and yoga has spread its wings to the remotest corners of the globe. India would now educate America in this subject. Hence we can say that the condition and direction of yoga and ayurveda is definite. Please accept my wholehearted wishes for the festival of colors ‘Holi’. 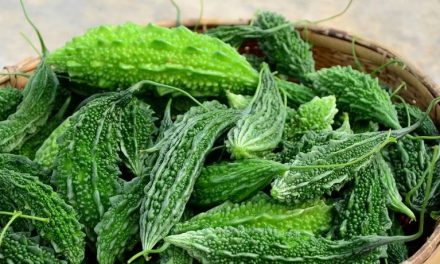